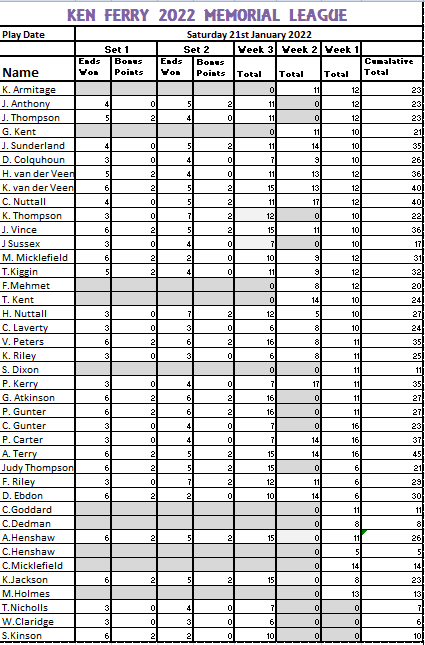 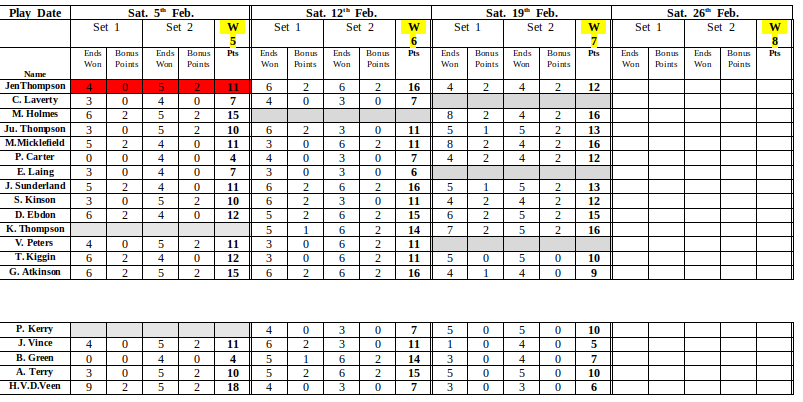 Matches will be played as either Rinks, Triples or Pairs, the format will be decided by the organiser of the day dependent on the number of entries.

threes & skips selected from the 6 and above handicap group.

Each match will comprise of two sets of nine ends, there are no tie-breaks.

On completion of the 1st set there will be a break for refreshments.

In the event that the jack passes completely outside the boundaries

of the rink of play, then the jack will be re-spotted on the crosses either side of the tee.

The winner of the last end of the first set retains the mat for the start of the second set.

The competition consists of a series of  8 matches where the top 8 bowlers with the highest points total from   a  maximum of six 18 end matches will contest the final.

If anyone qualifies for the final and is not available to play on the date published in the calendar/website then   they will be replaced by the next in line on the points list.

In the event of a tie on points affecting the top 8 players then shot difference will be used to decide any ties.

One point will be awarded for each end won.

If teams are level after completion of both sets then skips shall toss for the mat and play a one end shoot-out to decide the winner, the team with the nearest bowl to the jack on completion of the extra end will be declared the winner.