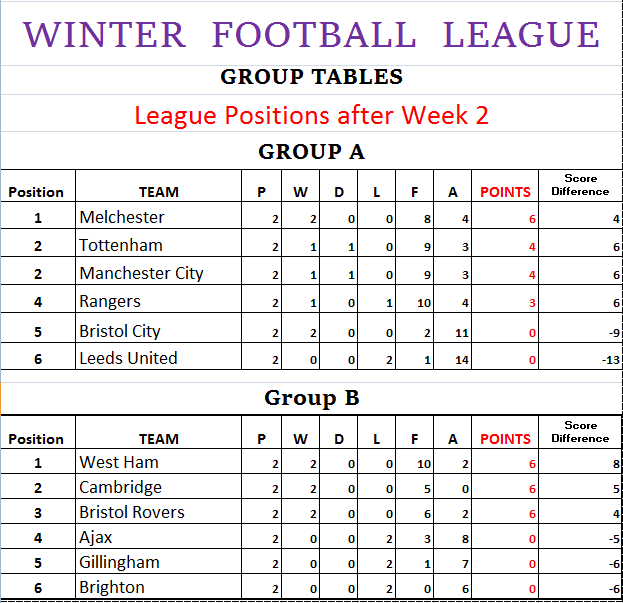 1. Teams to be of any combination. Normal rules of the game of bowls apply except that:- There will be NO trial ends.

The idea of the game is to score GOALS. To score a goal your team has to have THREE OR MORE bowls counting at the completion of the end.

Only ONE GOAL per end can be scored i.e. 3 shots or more equals one goal.

2. PENALTY - If the jack is knocked out of play or into the ditch (either in or out of the rink boundary) a penalty is conceded, and the end considered finished.

NOTE Two consecutive penalties by a team equals a goal to the opponents.  If a team concedes a penalty on the 18th end an extra end is to be played.

4. SKIPS ARE ALLOWED TO VISIT THE HEAD

5. PLAY WILL START AT THE PUBLISHED TIME, no show/ late arrival (15 minutes) results in the game, three points and two goals being awarded to the opponents.

6. GROUPS - Group winners will be the team with the most In the event of a draw then goal difference will count, if still a draw then the result of the game played between both teams will decide the group winner.

FINAL - In the event of scores being level after the completion of 18 ends then    skips shall  toss for the mat and play a one end sudden death shoot out, the team nearest to the jack being declared the winner.

SUBSTITUTES -  Substitutes are allowed for genuine reasons.  TEAMS MUST ALWAYS PLAY AT LEAST ONE ORIGINAL MEMBER. If this is not possible, the game must be conceded and the opposition receives 3 points and 2 goals.